This sprint kicked off with us showcasing Dredge at NZGDC21! It was excellent to watch people we didn’t know play our game, note where they were getting stuck or confused and generally hear what they thought. First showcase down, next showcase here we come!

An out-of-the-ordinary island with a large, ruined mansion on it. You can dock here but it doesn’t look like there’s much going on here… But there are lights coming from the windows at night…

The Lighthouse Keeper, The Collector and The Trader come to life: 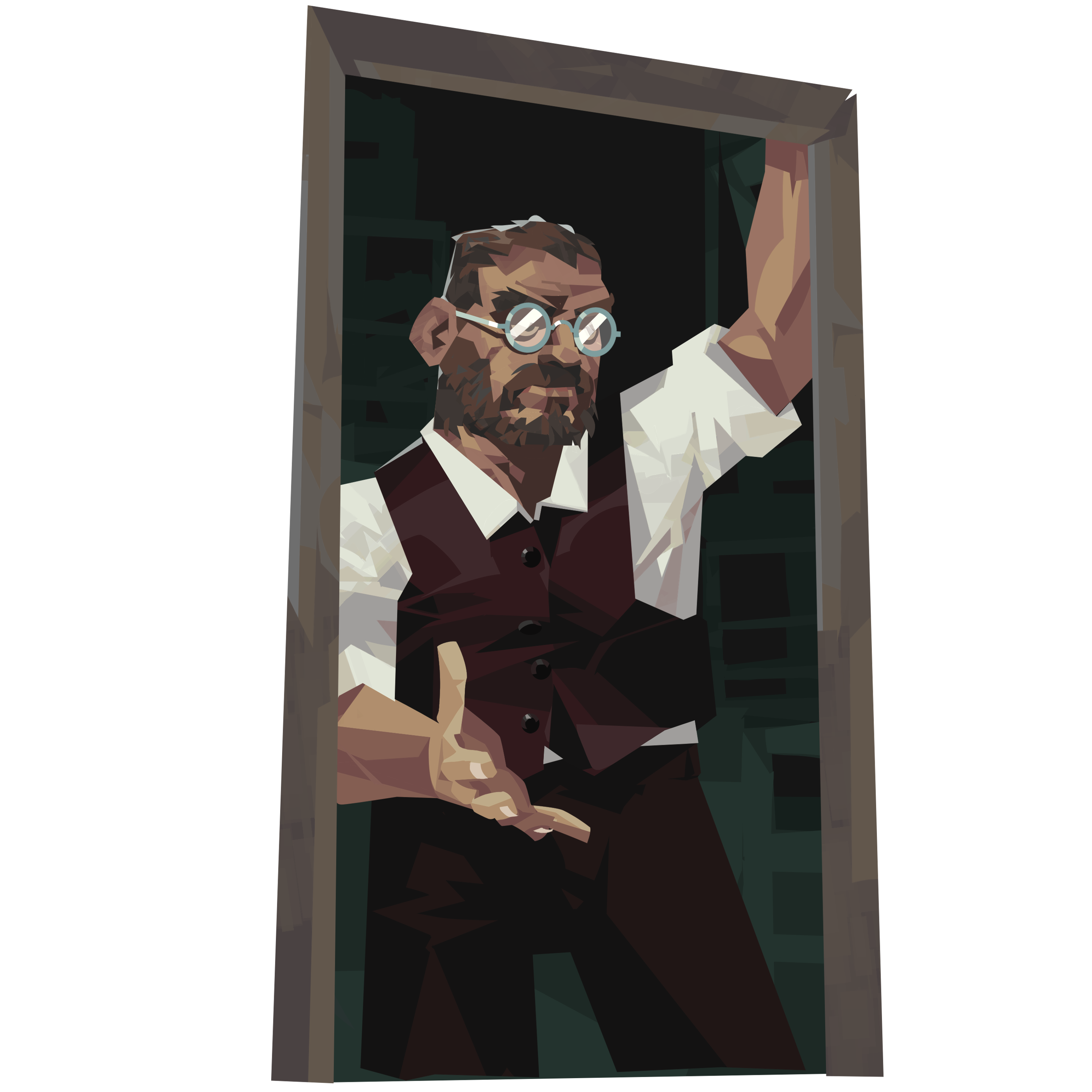 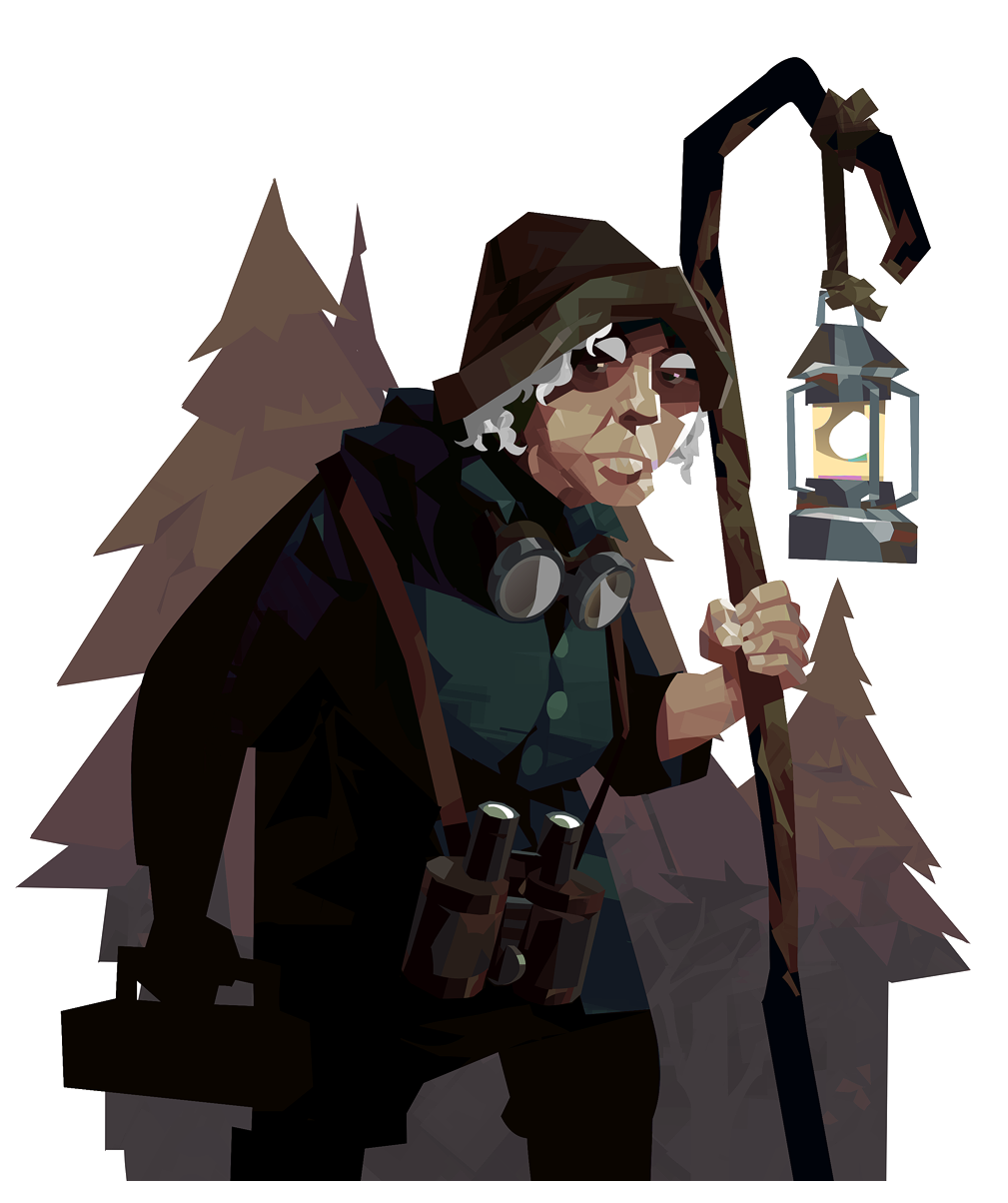 Explaining what we mean by what we say. E.g. 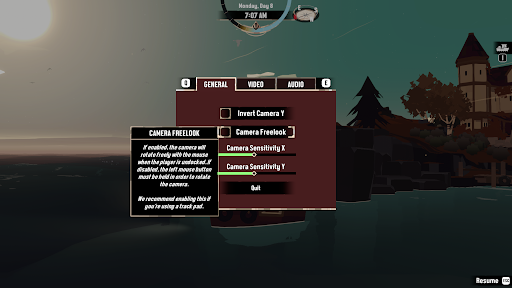 Cash Balance now only appears when Inventory is open

Prod UI is in for the action bar! Here is the abilities players may start with; the Spyglass, your Lightswitch and the ability to just pass time and enjoy the sunset…

Option to give Grieving Father the belt buckle

One of the side quests would be automatically completed if you talked to the Grieving Father with the quest item in hand, you now have the opportunity to explore other options, if you’re that way inclined.

Things that we’ve noticed in gameplay that are not well-picked up by players, or just reminders of where players might find things being made more obvious. Collector was made less bad-creepy although he’s still good-creepy, if you get what we mean.

It’s not fleshed out yet, but to give you an idea of what you’re getting into, all we’ve talked about so far except for what we’ve shown you in block out is all set in the Marrows. Four distinct areas still to come! 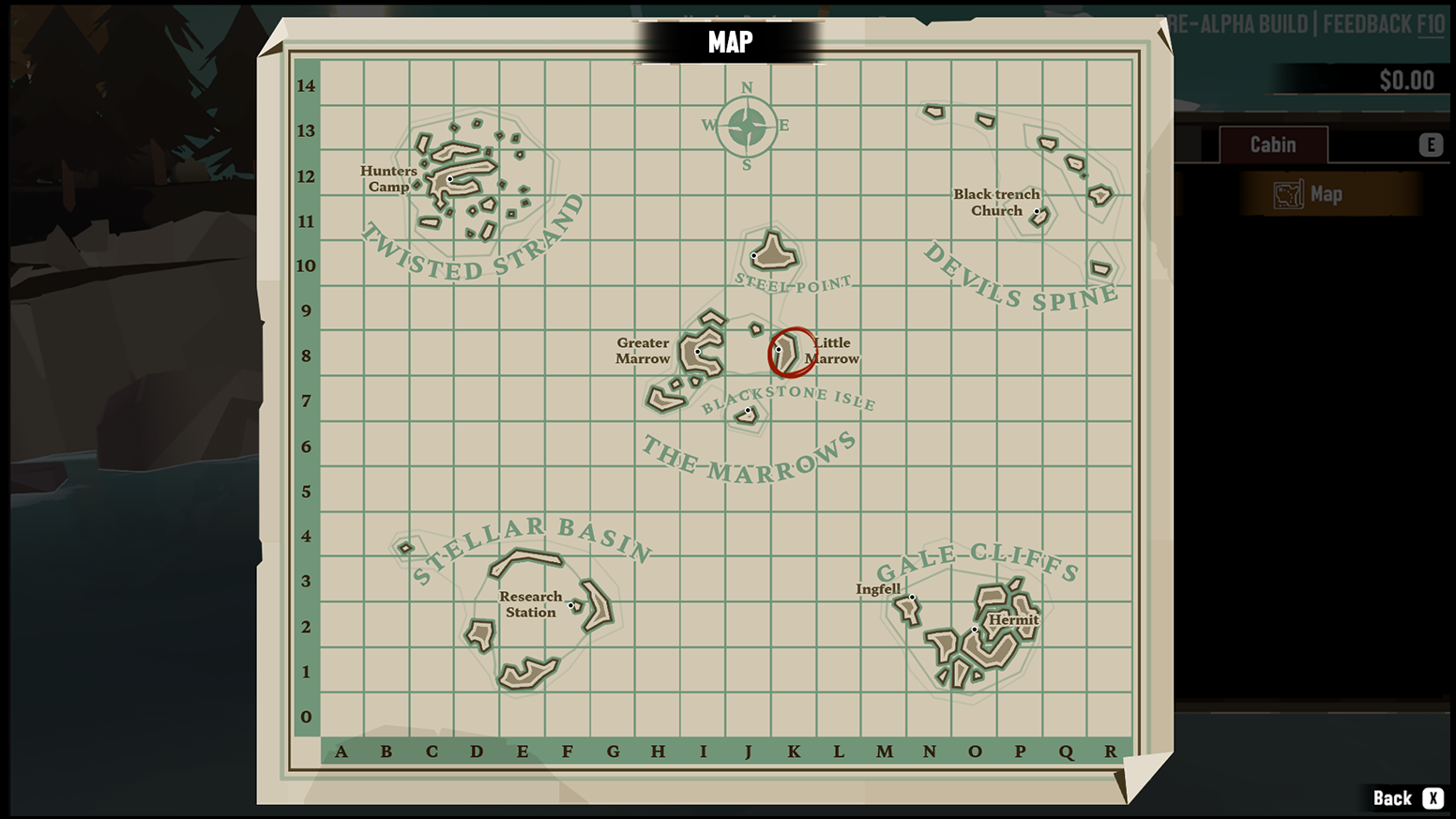 Joel played around with creating a different mini-game for Dredging as it currently reuses the fishing mini-game. What he came up with is a little lane-switcher game that gets too difficult for Nadia to follow. What happens when your tester can’t game good enough to test the game?!

Researching new schematics will unlock equipment upgrades for players that will then be stocked in the stores for them to purchase and install on their boats. Some items will be needed to access different types of fish in the various other areas of Dredge, and if you want to get to those places quickly you best spend some time researching new engines. Research is also a good way to pass the evenings if you like to avoid going out at night…