A big goal of ours this sprint was to replace any remaining developer art with [first iteration] production art ahead of our publisher demo and file off a few of those remaining rough edges. It is satisfying to have sprints like these with lots of little bits and pieces for an impressive sounding list of things completed!

Your intro to the game now with 99% more fancy. 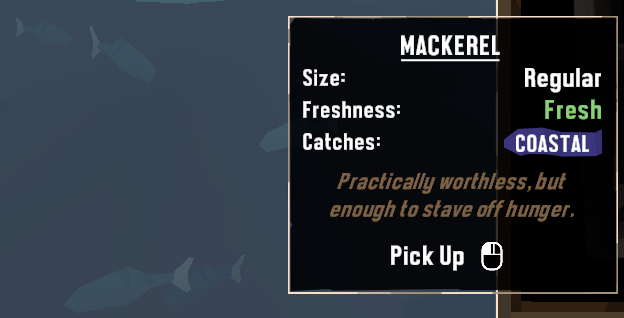 Providing our players with more information on the items they pick up during the game, the description gives clues to where they might lead the player next as well… or to bully poor mackerel. Thanks to playtester Johannes who inspired this tooltip:

More set up than execution, this is going to allow us to easily animate and transition UI elements. 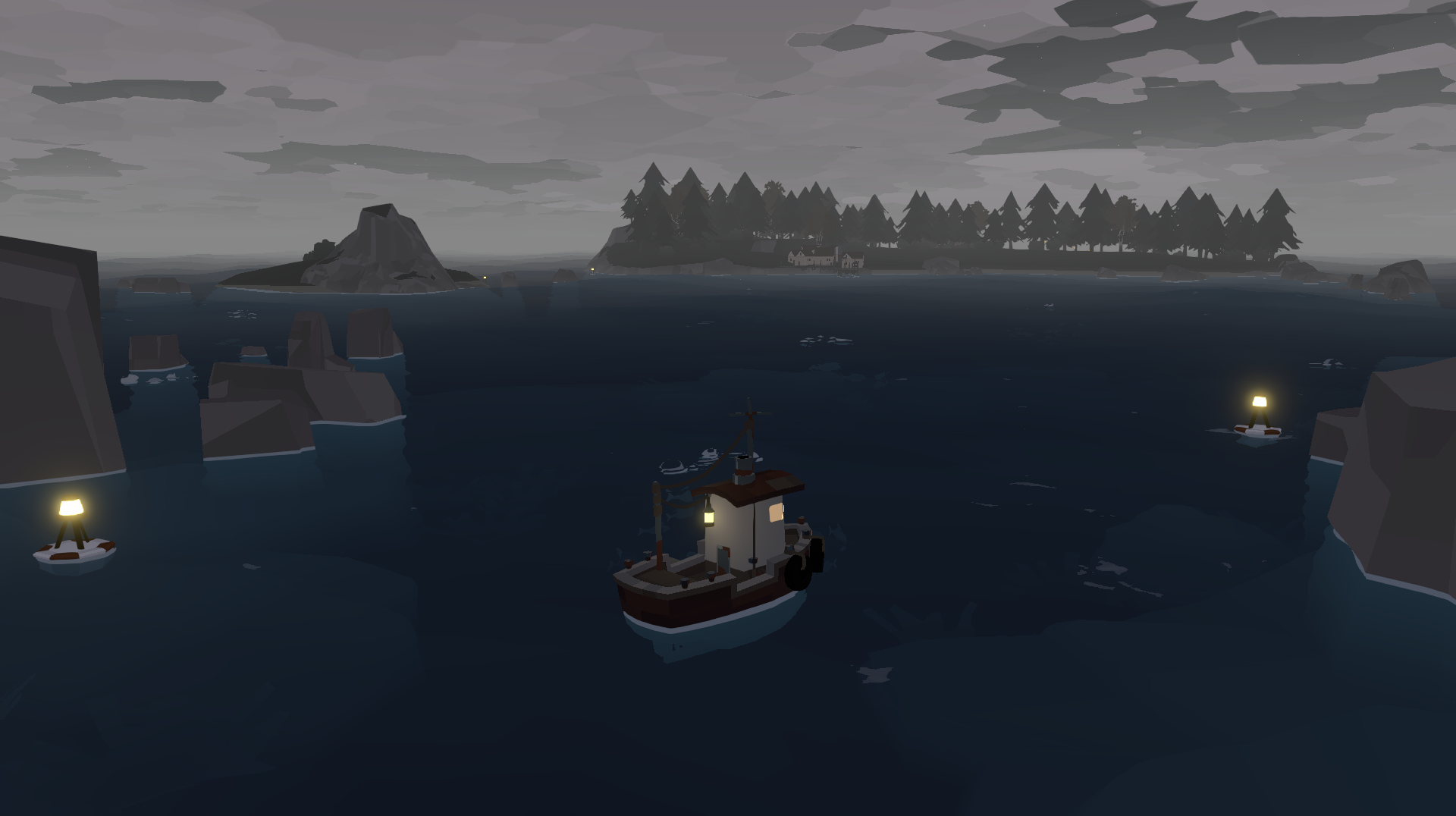 It’s lonely out there on the waters but now in certain locations there are buoys! These warn you of hazards in the surrounding waters like rocks, and provide a respite from the dark depths of the night.

On both Nintendo and PC you can now use the settings sliders to adjust the volume of the music and SFX.

All Docks unlocked from the start

Another improvement made from our regular playtests, we noticed that players liked to explore early on and would often find docks that hadn’t been unlocked yet, when they got the quest that unlocked them they’d often remember that there was nothing at the dock and not attempt to go back to it. Now if there’s a dock you will always be able to take an action there, even if the quest item or person isn’t unlocked yet.

Things will happen to the world and to you as you lose your grasp on sanity. Best to rest up in a safe place to avoid these fish-stealing birds.

This is our only insanity event currently but we’ll add more over time.

Another iteration on our monster and this time his animations, he’ll thrash his head about widely as he zeroes in on you.

One of those features that just sort of comes out during development players will have the opportunity to sell valuable metals and keepsakes dredges from old shipwrecks dotted throughout the islands. 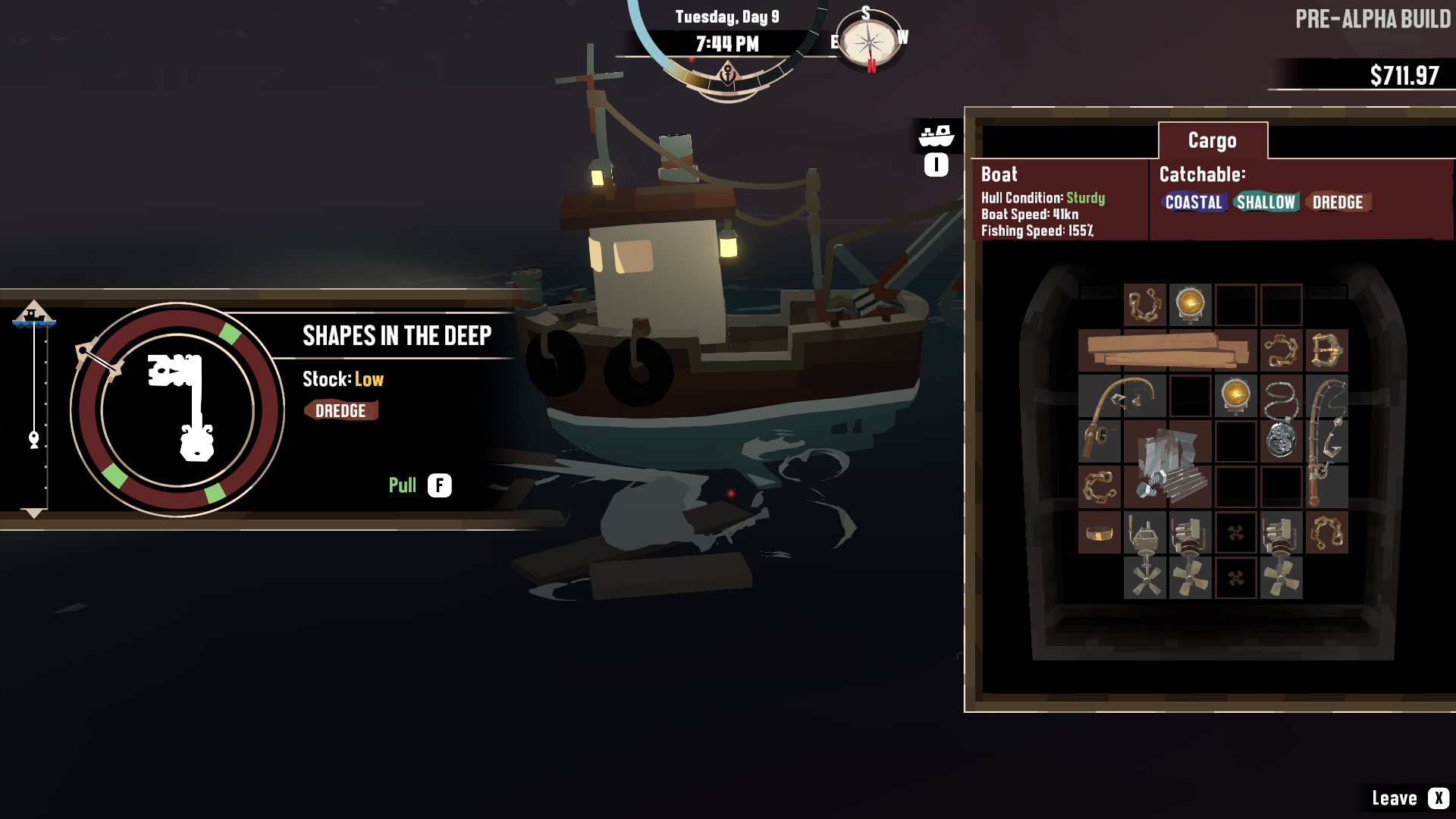 Flotsam /ˈflɒts(ə)m/  noun  The wreckage of a ship or its cargo found floating on or washed up by the sea. 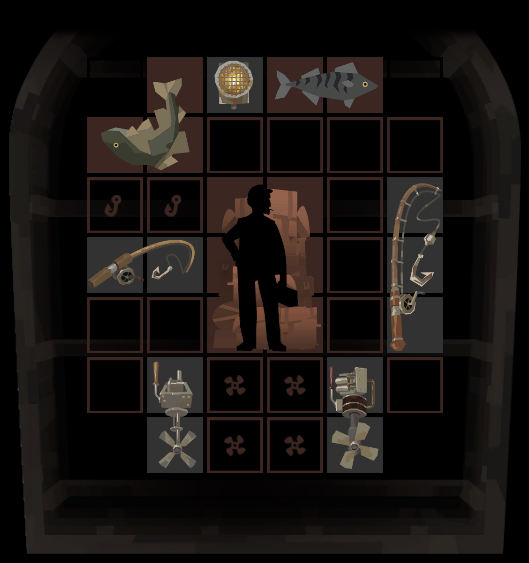 Finishing up the last of our dev art (it was beautiful while it lasted Joel), Alex has created an inventory icon for a person you have to ferry:

Another piece of dev art bites the dust! This demo is really coming together!