A big theme of this sprint has been player feedback – through SFX, visual FX and notifications we hope to make it easy for players to understand what’s going on in the game for them.

Notifications are an easy-win for player feedback, we know let a player know when they’ve gained an item in their inventory, completed reading a book or importantly, when they take damage and potentially lose an item from the hull.

Relics are mysterious items that players will be able to dredge up from the seabed. They now have a special visual effect at day and night to help players identify them.

As we were starting gameplay testing this sprint we really wanted to give players as close as possible to the first session we imagine in the final released version of the game. Throwing in SFX helps add an extra layer of feedback and hopefully removes something that might otherwise stand out as strange for the player, distracting them from the experience that we want their feedback on. We just used some SFX from a giant asset pack.

Some of these characters will want to talk to you when you pull into dock, their icons will be displayed in the bottom left-hand corner of the screen.

Fixing an over-shoot issue we had on pulling up to fishing and dredging spots, adding a whole lot of extra drag on the boat when a player anchors seems to pull them up nicely.

Our Shipwright has an impressive shipyard now to help repair and upgrade your boat. Although you’ll have to help the town unlock its potential: 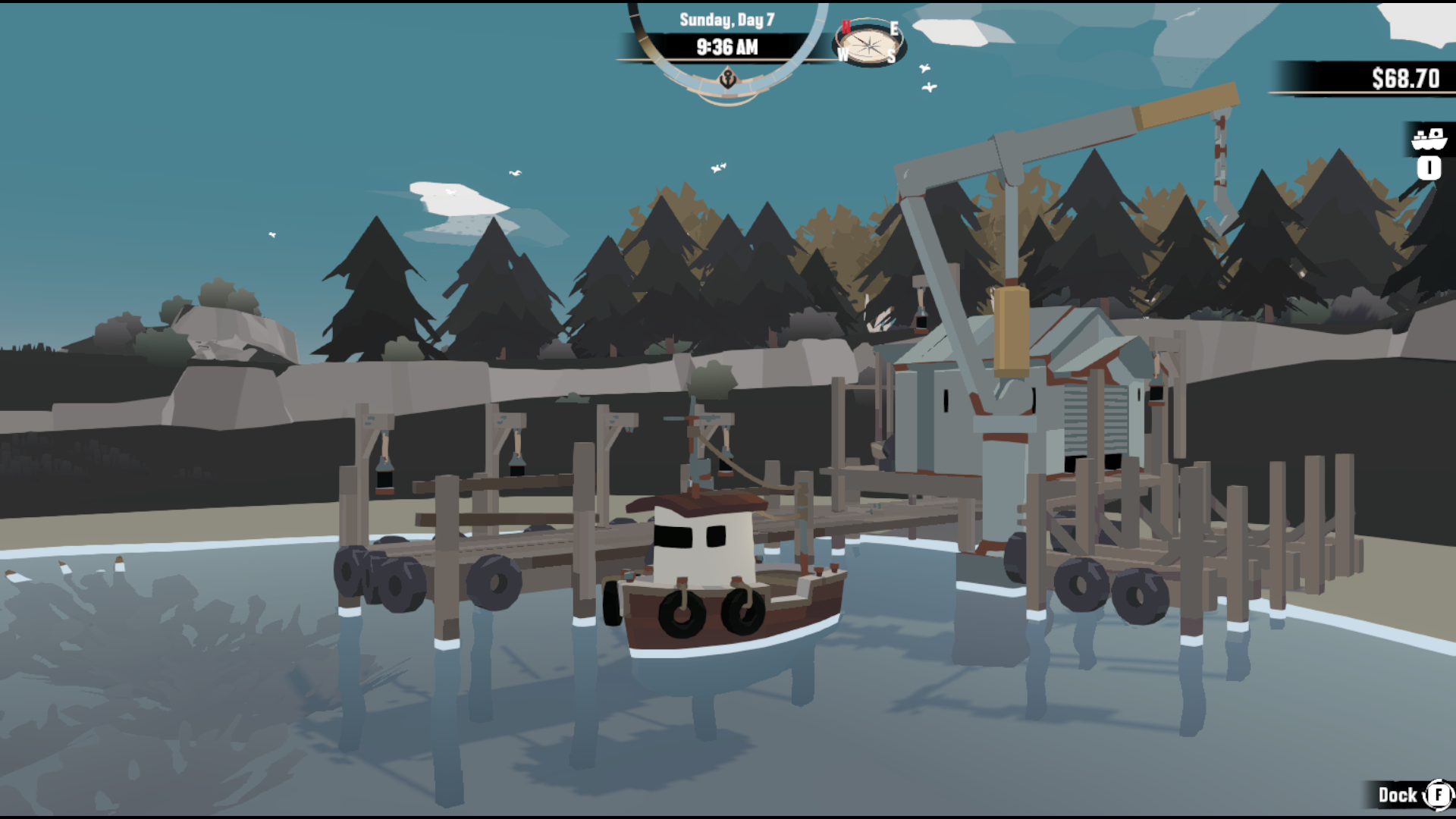 Fishing speed will now affect how fast you can reel in a fish after adding in the new mini-game for rod fishing.

After our first gameplay test this sprint (thanks Ollile!) we jumped in to make some tweaks ahead of our next two tests. They included:

Two commands actually; immunity so your equipment ignores damage and god mode so player (or hull in our case) health limits are ignored. Integral to tester sanity when they need to test island colliders and to be honest, the way Nadia likes to play all games.

Not available in Demo screens

Gearing up to our demo at the end of the month there are unfortunately features that we plan to have in Dredge for release that we haven’t built in yet — mainly things that will impact players further down the line like a map, quest journal and boat upgrades. Until we get those features in there’s a placeholder screen to suggest to the players what’s coming in the future. 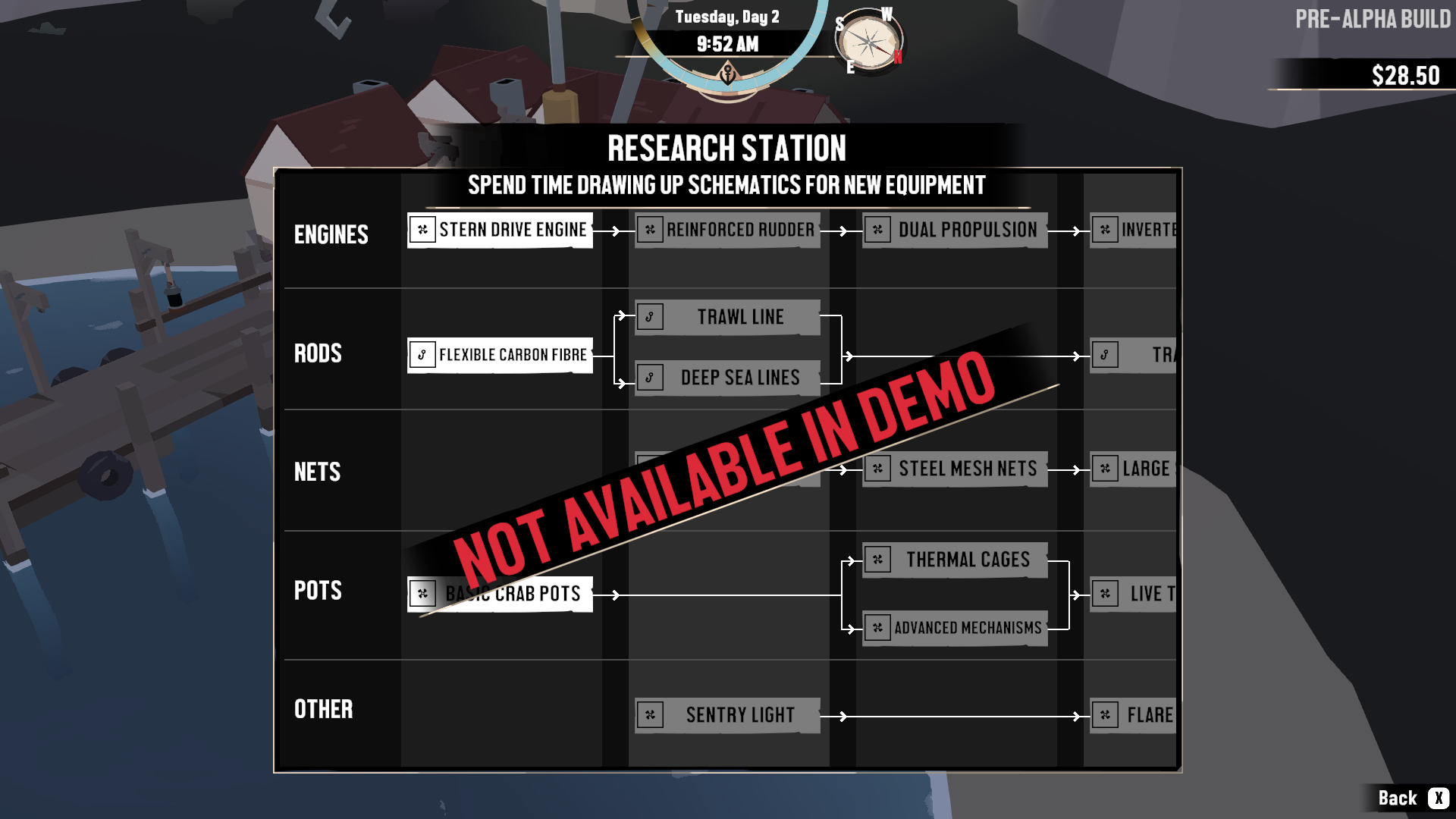 We tried out a plugin for enemy behaviour but it was not playing nicely with our environment, causing hilarious but unwanted bugs like slowly inching its way up the shore and onto the beach. Joel decided to rewrite the AI himself and now we have a much smarter monster…eek.

While there are currently no in-game consequences for staying out too long at night on the water the UI doesn’t know that. A UI feature will become more and more agitated as you lose your grasp on your sanity.