It’s always an exciting time in a game when you start to get production UI and models in and you have parts of your game not only working properly but also looking swish af. We have also had to bang our heads against the technical brick wall this sprint too however — making sure our boat and its buoyancy interact correctly with the ocean and waves. Whose idea was it to make a game with a variable ocean again??

Last sprint we introduced you to our Fishmonger and now he talks to you! We’ve found Yarn Spinner from the team at Secret Lab (of Night in the Woods fame) just fantastic for implementing conversations/quests; here are the requirements we had for our in-game dialogue:

They’re also very responsive on their Discord, thanks Yarn Spinner!

Not only is this modelling the group of isles (which we’ve named The Marrows) to give you a starting area for Dredge but also working with the colliders to make them feel good — remember that your boat and hull now take damage if you collide with a rock or land so it’s important that we get the models and colliders right so we’re not over-punishing our players.

It’s nice to see the world respond to your actions and now if you install Fishing Rods or a Dredge on your vessel you’ll see them equipped on your boat: 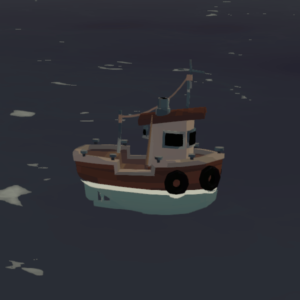 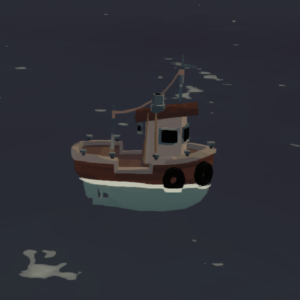 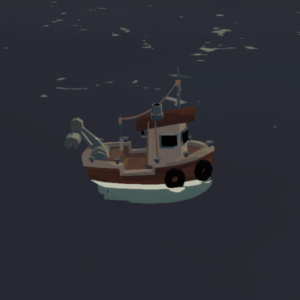 The beginning of the upgrade system! These skill-ups are learned over time and give you useful bonuses in the world of Dredge.